There's a joke that is pretty universal in the Peace Corps about the "Posh Corps". Its a term that is usually used in sentences like: "I'm serving in Posh Corps, I've got... name a basic luxury" (a flush toilet, hot water, a shopping mall in my capital city, etc.). And compared to most Peace Corps countries, Peru probably IS Posh Corps; however, this term came to mind when I saw Kyle's new living situation*: 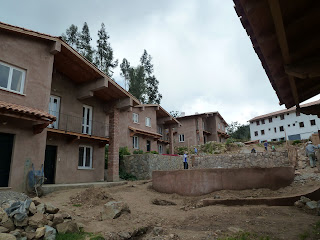 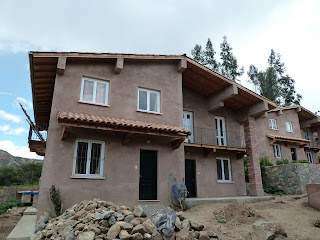 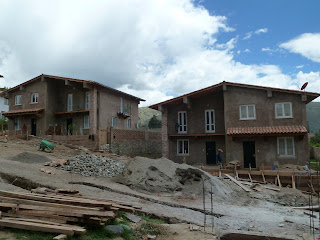 Yes, this is an American-style suburb. It's the work of an Italian NGO, that is tied into a particular church. It was very surreal for me to turn a corner past an adobe built house and find myself staring at something that wouldn't look out of place back at the states. It's almost like an erratic housing cluster (see previous erratic discussion).

*A little back story on Kyle, is that this is his fourth, and probably final, housing attempt. His past attempts at finding a home, and family to live with, have lead to some pretty crazy stories (with one involving a drunk man with a knife threatening him). Finding a good host-family isn't easy, which makes me thankful for my family.
Posted by Peace Corps Disclaimer at 5:13 PM